Hockey has grown from an outdoor pastime played on the frozen pond with little or no rules and limited equipment, to its present day form as a highly organized and extremely competitive sport contested at all levels of play and until now few changes have truly revolutionized the sport.

As a spectator sport the game has evolved to a point where there is little left to change from a purist standpoint, and while the debate continues over goalie pads and net sizes, rink dimensions, or defensive strategies, the fact is that many changes have already been made in an attempt to both speed up the game and to increase the scoring, as both have a direct correlation to increased overall fan appreciation and excitement.

What can be done to Make Hockey Fun Again? 3 on 3 is the answer. Having recently been implemented as the overtime format professionally, 3 on 3 has quickly become the most exciting part of hockey and the wave of the future. With 100,000’s of youth across North America playing 3 on 3, we are seeing the sport played with increased playmaking potential allowing for more scoring opportunities and a faster pace of play.

3HL TOUR consist of 12 teams of aspiring and accomplished pro hockey players representing various cities competing in a series of 8 team single elimination bracket style tournaments for a share of a cash purse, individual player bonuses, and pride. Individual tournament results contribute to the overall season standings, culminating in the top teams competing for the 3HL Champions Cup at the end of the season.

Combining the exciting open ice play of 3 on 3 hockey, with the intensity of an 8 team March Madness bracket style single elimination mini tournament, the 3HL TOUR will provide hockey fans with an action packed, highly entertaining, exciting hockey event like no other. 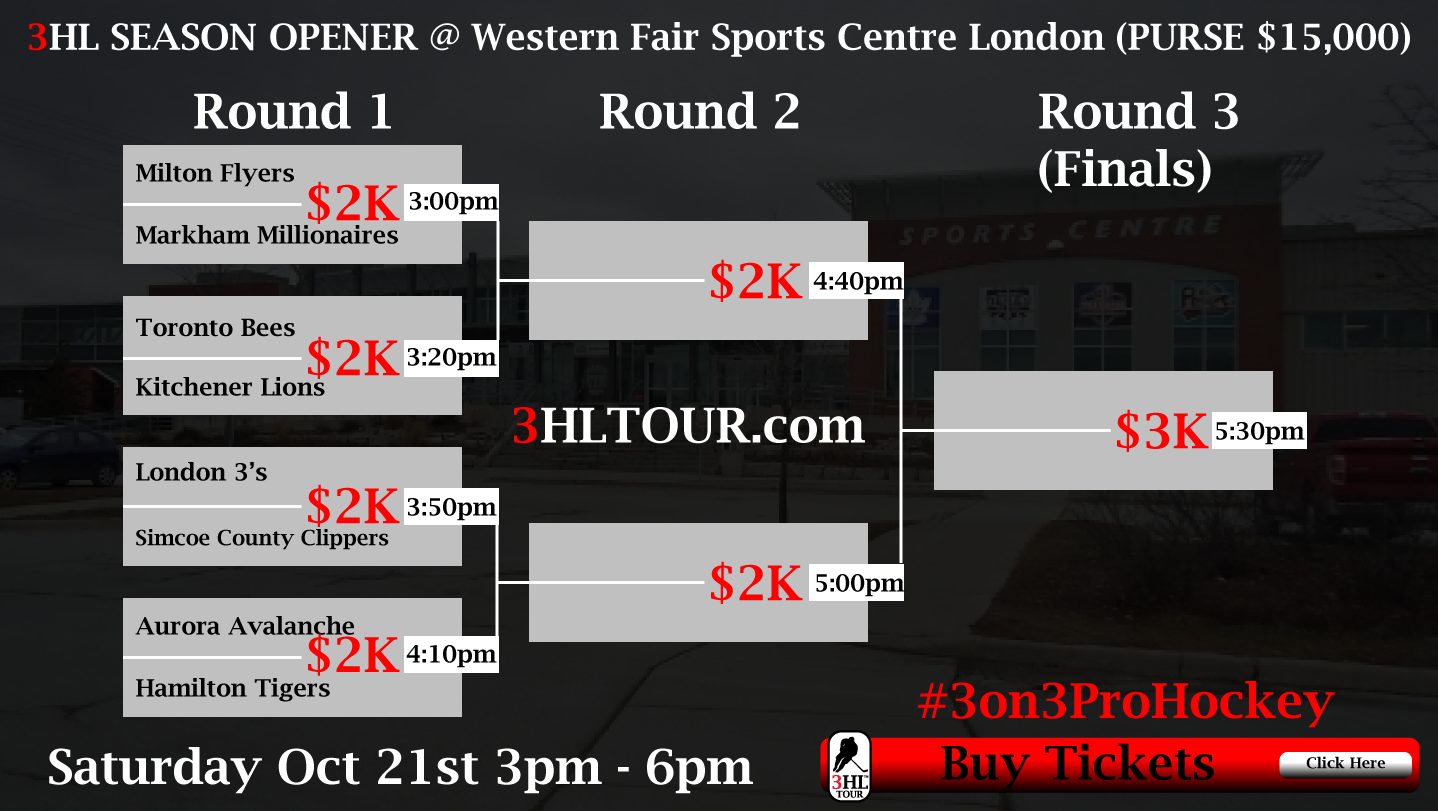 The Most Exciting Hockey Event in the World!!!